(Published in Access International (official magazine of IPAF) in August 2016)
Mast climbing units from Scanclimber are playing a central role in the facade work at a massive recycling project in Denmark.

Copenhagen's state-of-the-art waste to energy plant Amager Bakke will equal the best in the World in terms of efficiency and environmental impact when it opens in 2017. The plant is being constructed by Amager Ressource Centre (ARC), owned by five Danish municipalities, and will be equipped with two furnace lines and a joint turbine and generator system that replaces its 45-year-old neighbouring predecessor, which will be demolished once the new build is complete.

More you can read in picture. 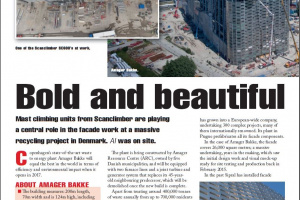 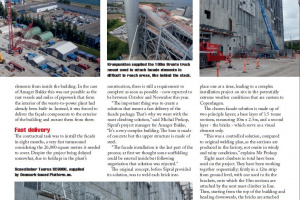